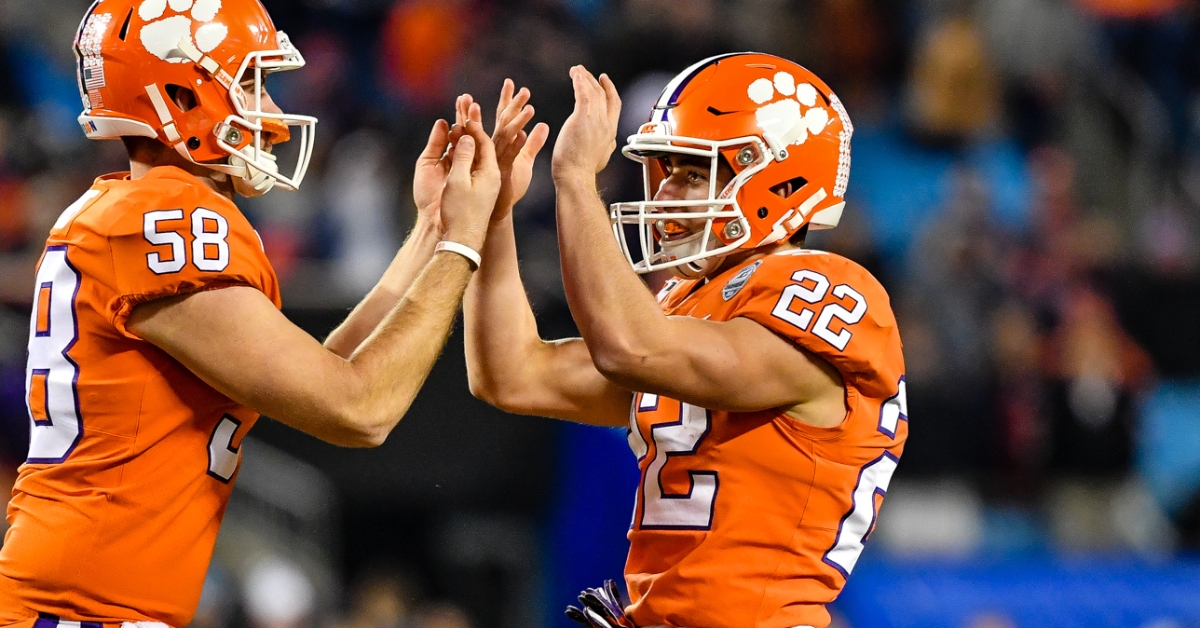 Will Swinney returns for a fifth season to hold Clemson kicks.

Clemson is "Holder U" according to two Tigers with a very familiar last name.

Super senior receiver Will Swinney and redshirt junior receiver Drew Swinney, sons of Tigers coach Dabo Swinney, released co-branded custom merchandise through The Players Trunk this week, proclaiming Clemson as "Holder U" with the likeness of the "Swinney Bros" on T-shirts and hoodies and also listing a football with their signatures on it.

Justyn Ross is also selling custom merchandise through the same outlet, as he was the first Tiger to post that kind of Name, Image and Likeness deal last Thursday.

Will Swinney has been the steady hand on field goals and extra points since his freshman season in 2017 and has logged 424 offensive snaps over 56 games with 28 catches for 168 yards and TD. He was a 2020 Campbell Trophy semifinalist.

Drew Swinney has also got in on a few holds and played 76 snaps over 17 games so far in his career.