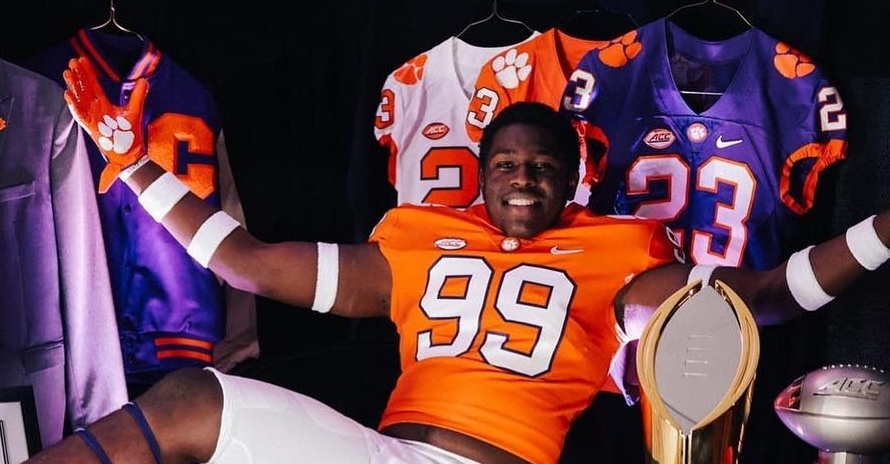 Vic Burley is one of the nation's top-rated defensive linemen and he is now a Clemson pledge.

Clemson added another key piece to its future defensive line on Wednesday.

"Just the Clemson structure they have," Burley said at his announcement of why he committed to the Tigers. "It's very similar to what we have here at Warner Robins. Just the focus on the player and the personal development drew me in too...

"I kinda knew immediately (he wanted to go to Clemson), but I just wanted to take my time with it and make sure it's the right decision for me."

He is ranked as high as the No. 22 overall prospect for the 2023 class and the No. 2 player from Georgia (247Sports). Burley picked the Tigers out of a final group with Tennessee, Georgia and Michigan State in the mix as well.

His pledge brings the 2023 class back to 11 commitments and up to fourth in the nation with the 247Sports Team Composite rankings, within striking distance of No. 2 Texas Tech with at least one more announcement to come this week.

He said Clemson’s consistency in the recruitment process stood out.

“My conversations with Clemson really haven’t been about recruiting. They just check in on me and make sure everything is OK,” Burley said recently. “They will come see me at school. They show consistency. They occasionally talk about football, but they are just there and talk about life.”

While he has rankings as a defensive end and defensive tackle, Burley said Clemson is targeting him to play inside. 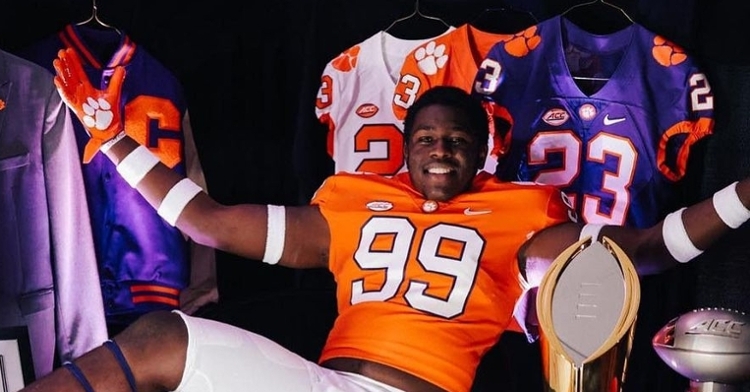 Vic Burley is one of the nation's top-rated defensive linemen and he is now a Clemson pledge."

“They’re really saying I’m an interior player,” Burley said. “Coach (Lemanski) Hall will make some jokes saying they could use me on the outside, too. But they say I fit the scheme interior-wise.”

"Really he was just saying you could play off the bat when you get here and just be dominant and help us win games," Burley recalled of what the head coach told him. "I just bought into it."

He visited for Clemson’s Elite Junior Day in January and then again over the weekend during Dabo Swinney Camp.

A great day to be a CLEMSON TIGER! #We2Deep23 #BuiltDifferent

"We project him as a guy who has a chance to have his name called in the first round of the NFL Draft down the road."

??? @SWiltfong247 says 4?? Vic Burley can continue to standard on the defensive line at Clemson.@Clemson247 | @VictorBurley2 pic.twitter.com/A0ybCSLOaO