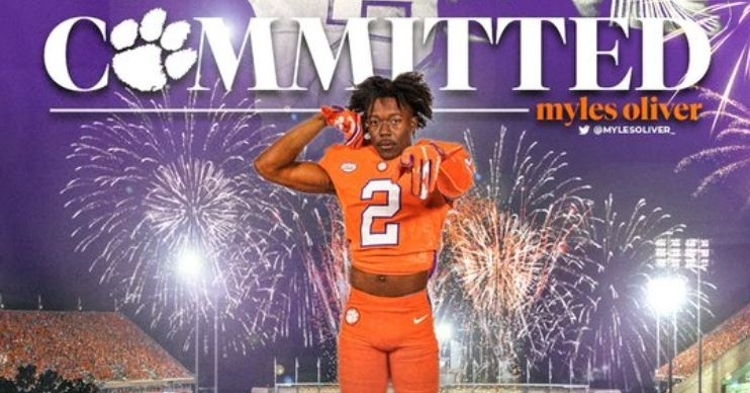 Oliver committed after getting a look at Clemson's campus this weekend.

2022 Douglasville, Georgia defensive back Myles Oliver committed after an official visit to Clemson this weekend.

He announced that he had received an offer on Saturday.

"After a great conversation with @CUCoachReed I’m very blessed to receive an offer from Clemson," Oliver said via Twitter.

Oliver earned 6A All-State honors as a defensive back as a senior, where he tallied 75 tackles and five interceptions (one returned for TD), as well as 552 all-purpose yards and four total scores.

Oliver is a second commitment of the day, joining Vestavia Hills, Alabama receiver and Tigers legacy Cole Turner. Clemson's 2022 class is up to 14 commits now.