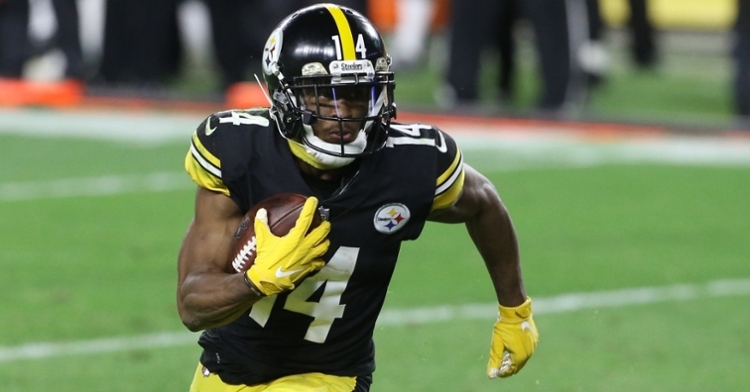 McCloud has found success as a returner at the NFL level. (USA TODAY Sports-Charles LeClaire)

Former Clemson receiver Ray-Ray McCloud III was selected as a second-team All-Pro as a return specialist by Pro Football Focus this week.

McCloud has had a solid season for the Pittsburgh Steelers with nearly 1,000 return yards.

McCloud averaged 10.3 yards per punt return and 23.1 yards per kick return with 57 total attempts. He also has 20 catches for 77 yards in 22 targets as a receiver.

The Tampa-area product was picked in the sixth round of the NFL draft by the Buffalo Bills. He also played for the Carolina Panthers in 2019.

The former 5-star prospect tallied 50 punt returns for 485 yards and a TD at Clemson, as well as 1,332 yards from scrimmage and four more scores.

Former Clemson punter Bradley Pinion also was named second-team for the Tampa Bay Buccaneers, averaging 45.2 yards per punt with 19 landing inside the 20.