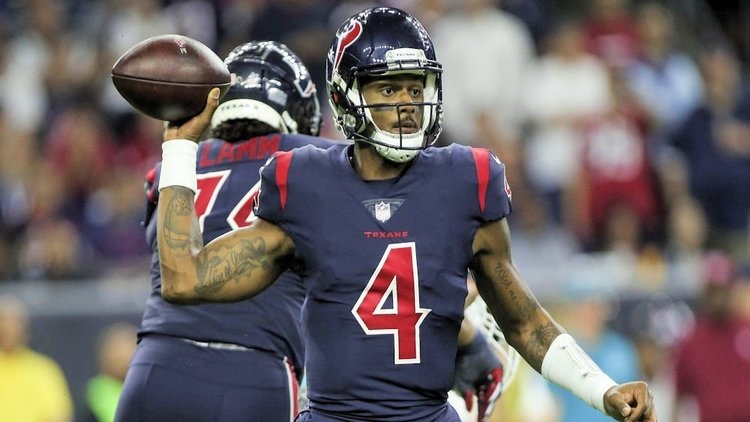 Hardin is claiming that all 22 women of lying about the inappropriate conduct of the Houston Texans quarterback.

"Today we answered the lawsuits filed against our client Deshaun Watson. Mr. Watson has been adamant that he did not engage in any improper conduct and we strongly believe him," Harden said in a statement. "Therefore, the answer to the question of whether we are saying that all 22 plaintiffs are lying about the allegations of sexual misconduct by Mr. Watson is a resounding yes.

"We and Mr. Watson take allegations of sexual misconduct against women very seriously, as we all should. We have waited to respond to the numerous allegations made by Mr. Buzbee and his clients until we could responsibly investigate. In the few days since his accusers’ names have been revealed, as was required by Texas law, we are discovering an avalanche of false accusations.

"I hope everyone will take a fair and measured look at these accusations as we go forward in these cases. We certainly welcome anyone with relevant information to contact us."

A summary of the response is included below:

Deshaun Watson's legal team was filed its response to the 22 civil lawsuits accusing him of sexual misconduct and sexual assault.

Here's the summary of the response: pic.twitter.com/9M90kE2GOF

#Texans QB Deshaun Watson’s legal team has filed its response to allegations of sexual misconduct and Watson again denied them and requested a jury trial. Here are some highlights of the detailed responses to the claims: pic.twitter.com/PZ4o6KKbZN

Jaguars being very cautious with Trevor Lawrence at rookie mini-camp
Post your comments!