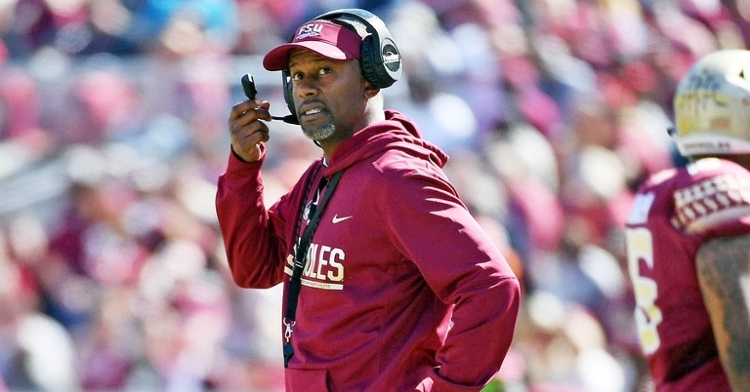 Florida State announced on Sunday that they had fired their football head coach Willie Taggart.

The Seminoles were a mediocre 4-5 overall this season and were beaten by their rival Miami 27-10 on Saturday.

Clemson head coach Dabo Swinney was asked his reaction to the news during his weekly media teleconference.

"I did not know until Ross (SID) just told me, but, you know, I hate it." Swinney said. "I think Willie is a heck of a guy and a heck of a coach. But, for whatever reason, it just didn’t work out. Unfortunately, this is the time of year where you start to see some of that type of stuff. I wish him all the best. Again, I don’t know anything other than that, but I certainly have a lot of respect for him."

Swinney understands how hard it is to win at a consistent level.

"I’ve been doing this a long time, and I know how hard it is to win," he said. "And If we can win this week that would be our ninth 10+ win season and I think it’d be the third-most in the history of college football. It is hard to win and especially to win consistently, there’s just so many things that have to come together. It’s just a challenge every single year and certainly, when you see a team like Florida state, I mean, it can happen to anybody. It really can. Alabama as good as they have been they have had their times as well being up and down. So it’s just really hard and again that is the thing over the last decade I am more proud of than anything is just consistency. We are not going to win the league every year. We are not going to win the national championship every year, for sure, but to be a consistent team and a team that kind of always has a chance I think that is where all programs strive to be."

Swinney knows that Florida State will eventually be back as a big-time football program.