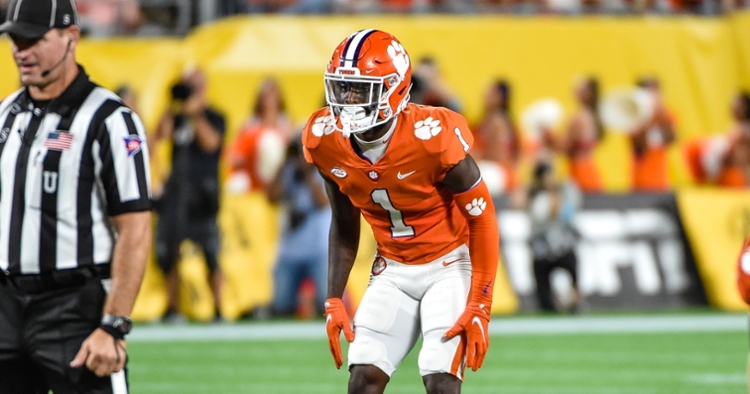 Mukuba made quite the impression as a freshman.

Clemson rising sophomore safety Andrew Mukuba was ranked the No. 5 returning safety for the 2022 season by Pro Football Focus.

"Mukuba looked far from a true freshman in 2021," PFF's Anthony Treash wrote. "He is an all-around athlete who isn't afraid of physicality, already one of the top tackling safeties in college football. He missed only three tackles on 48 attempts and finished with 75.0-plus grades both against the run and in coverage. Mukuba tallied a 77.5 PFF grade for the season.

"A mid-year lull led to him getting moved down to a reserve role, but he regained the starting job by the season’s end and his strong play returned."