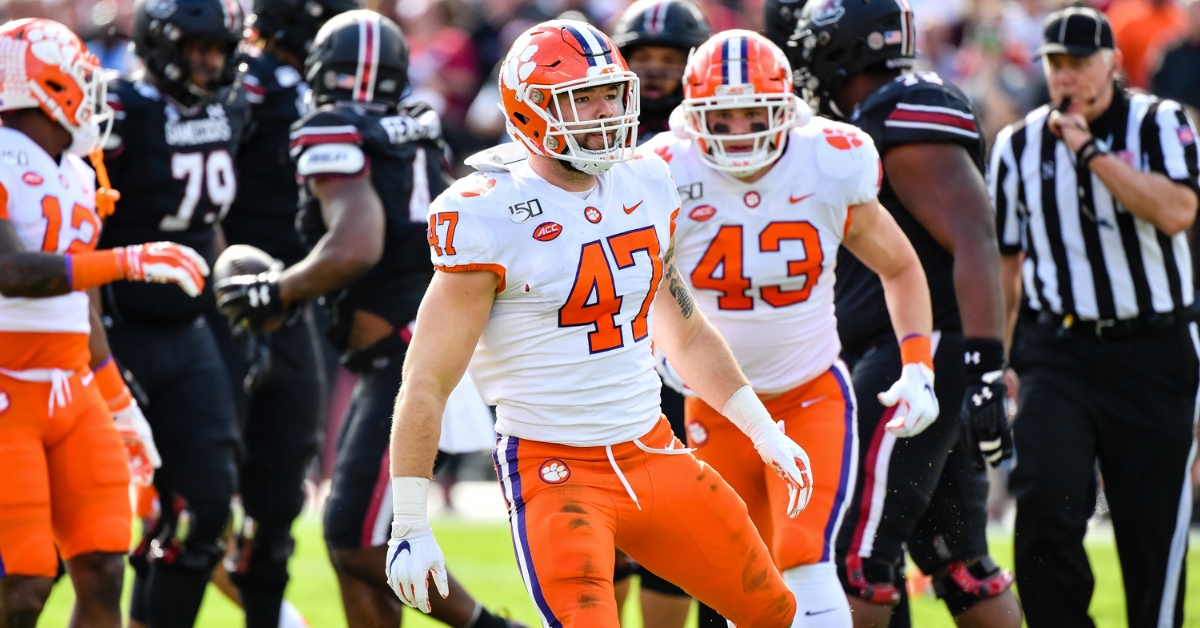 The Butkus Foundation announced today that Clemson linebacker James Skalski has been named on the watch list for the Butkus Award, which is given to the nation’s top linebacker.

Skalski finished second on the team last year with 105 tackles (7.5 for loss), 4.5 sacks, four pass breakups, a forced fumble and a fumble recovery in 699 snaps over 15 games (all starts).

Semi-finalists are expected to be named November 2, finalists November 23, and winners on or before December 8. Appearing on the watch list is not a requirement to win the award.

Formed in 1985 and expanded in 2008, the Butkus Award honors linebackers at three levels while supporting causes important to the Butkus family. They include the I Play Clean® initiative promoting training and nutrition instead of performance-enhancing drugs, and the Butkus Takes Heart™ initiative encouraging early cardiovascular screening among adults.