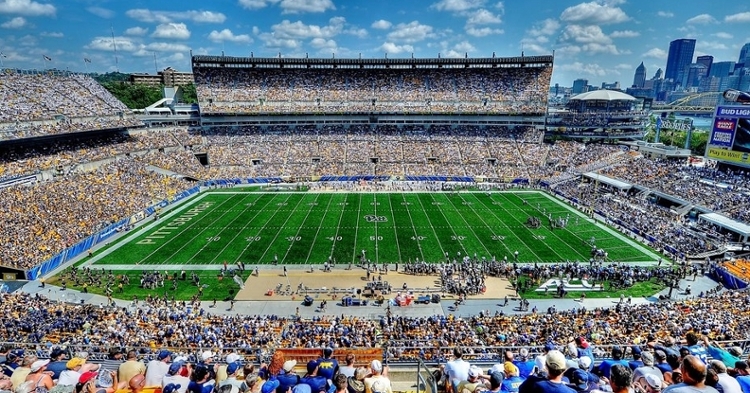 Heinz Field is the home of the Panthers. (Photo courtesy Pitt Athletics)

The University of Pittsburgh joined the ACC a decade ago, and as unbelievable as it is, Clemson will travel to Pitt for the first time since conference expansion and its league entrance in 2013.

With that in mind, TigerNet reached out to Pitt guru Patty Irrgang to find out what Clemson fans can expect on their first trip to the Steel City.

As most fans probably know, the Panthers play at Heinz Field, home of the Pittsburgh Steelers. Previously, they played at Pitt Stadium, but it was demolished in 1999 in favor of a convocation center and basketball arena because stadium repairs were cost prohibitive.

Things to do and see

• PNC Park is home to the Pittsburgh Pirates Baseball team and is one of the more iconic stadiums because of where it sits in the city. Stadium tours are available Friday afternoon and Saturday morning.

• While the University of Pittsburgh campus is in an urban setting in the middle of the city, it sits in a the Schehley Farms Historic District and is most known for the 42-story Gothic-style Cathedral of Learning.

• The Duquesne Incline is a trolley to the top of Mount Washington, that provides some of the best views of Pittsburgh. The trip only lasts two-and-a-half minutes, but there are tours, free parking and an observation deck. The cost to ride is $5 and the station only accepts exact cash.

As soon as I asked Patty where to eat, the first thing that came to mind was Pittsburgh’s Strip District, which features international cuisine and plenty of shopping. She said you can find any type of food you want at The Strip – from your typical American fare to Asian, Italian, Mediterranean, Caribbean, etc.

The North Shore runs along the Allegheny and Ohio Rivers and feature typical quick-food fare as well as steakhouses and seafood restaurants.

On game day, if you ride the Gateway Clipper, there are plenty of dining options at Station Square to tide you over until game time or after.

Because Pitt plays in an NFL stadium and the way the city is laid out, parking at Heinz field is mostly limited to season ticket holders, with very few cash lots available. Also, tailgating is limited in many of the cash lots, so you might want to check before you head over to the stadium.

If you are going to game but don’t have a parking pass, there is a rather unique way to get to the game. You can park at Station Square at take a Riverboat ride on the Gateway Clipper across the river to Heinz Field. The shuttle to the game begins 2 hours prior to game time and runs 15 minutes past the start of the game. The return shuttle begins at the start of the 4th quarter and runs a 1/2 hour post-game.

Roundtrip tickets are $12 and kids six and under are free.

*Special thanks to Patty for the help with this story. Patty owns Common Goodness Cooking School, and her and her husband host a huge tailgate each Pitt home game. We’ve heard the cooking is fantastic, so if you happen to wander by, stop in and say hello.