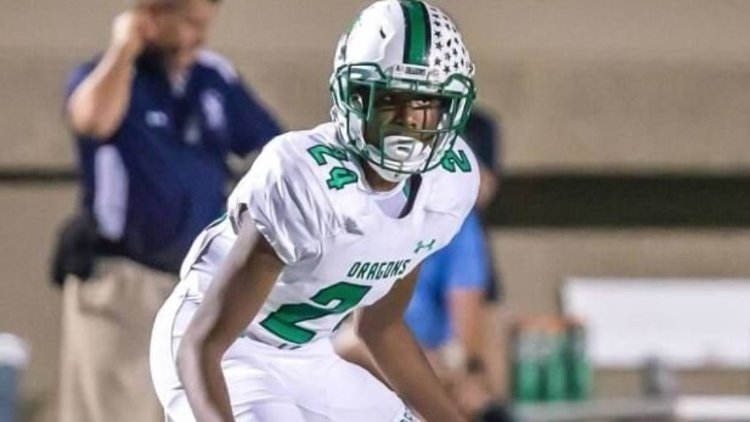 R.J. Mickens was one of the top players in the state of Texas.

CLEMSON – Brent Venables doesn’t hold back when it comes to describing his son Tyler, a 2020 Tiger safety commit. He’s truthful and will admit that Tyler is as “mean as a snake.”

Tyler joins his dad and his brother Jake on the football team for the 2020 season after a stellar career at nearby D.W. Daniel High School. Tyler played safety and quarterback for the Lions but will concentrate on safety at Clemson.

It’s a chance that his dad says Tyler deserves.

“He deserves to be here. He had a terrific career at Daniel and they've done a great job with him,” Brent Venables said. “He's a very good athlete twitched up, very instinctive and mean as a snake. He has tremendous football instincts.”

Tyler is also a winner.

“Yes, he has that quality to him. He's been a winner since he's been playing the game,” Venables said. “He's been a very natural, instinctive player that plays tough and physical but can really run. He's got a great skill set. So I'm excited. He'll come at a position where we're losing a bunch of guys and he'll quickly find his way into the mix because again, he has a lot of natural qualities although he hasn't really spent extensive time there since his freshman and sophomore year. Because football is a developmental game, and so you develop fundamentals and technique and a feel for things. And so it's one thing to go out and cover somebody's best guy, but now you have to go out and fit within the defense and have the fundamentals developed and those types of things. But he's an excellent athlete and that will come quickly.”

“I cannot tell you how excited I am to finally get to coach him and to have him on our team, instead of having to go watch him play,” Swinney said. “He gets to play for the Tigers. I watched him play and let me tell you, he’s a pretty doggone good quarterback, too, and if he was just a little taller he probably could have gone anywhere he wanted to play as a quarterback. This guy plays safety like his dad coaches defense.”

The Tigers also added 4-star safety prospect, R.J. Mickens, out of Southlake (TX) Carroll, one of that state’s top prospects.

This is easily one of the top safeties in the country, and his dad also was a great player at Texas A&M, played a long time in the NFL. We got him,” Swinney said. “He comes from an awesome family. His parents said it was his decision and he loved Clemson, and he loved Mickey Conn. Mickey did a great job developing a relationship with him and he was one of our first commits in this class. He is just a tremendous young man and he'll be one of those PAW Journey ambassadors in this program, there's no doubt about that.”

Safeties coach Mickey Conn said Mickens is as smart as he is talented.

“He's an unbelievable kid and unbelievable player. We got a really good one in RJ,” Conn said. “His dad played in the NFL and was a great player, and he also played Texas A&M, so to go in there and get this guy and get him away from Texas A&M is unbelievable. But we love his intelligence level. This kid's been starting since the ninth grade in the state of Texas at the highest level of Southlake Carroll, and to get this guy to come here is gonna be amazing, especially with the style defense we run. He's going to be a great player for us.”