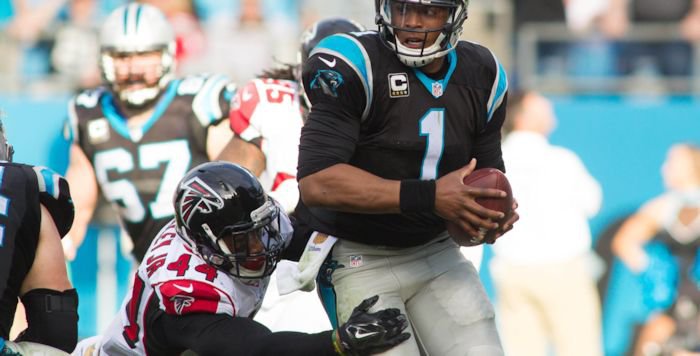 All season, Atlanta Falcons fans have been waiting for Vic Beasley to come up with big plays. They got their wish Sunday as the rookie had a game-clinching sack and forced fumble against Carolina to hand the Panthers their first loss. Beasley finished with four tackles and has 26 tackles this season. His four sacks also are the most ever for a Falcons rookie.

DeAndre Hopkins and the Houston Texans continued their playoff push with an easy win over Tennessee as Hopkins had another big game with seven catches for 117 yards and a touchdown. Hopkins has 104 catches for 1,432 yards and 11 touchdowns this season.

Martavis Bryant, WR, Pittsburgh: One catch for 6 yards, one carry for 4 yards against Baltimore.

DeAndre Hopkins, WR, Houston: Seven catches for 117 yards and a touchdown against Tennessee.