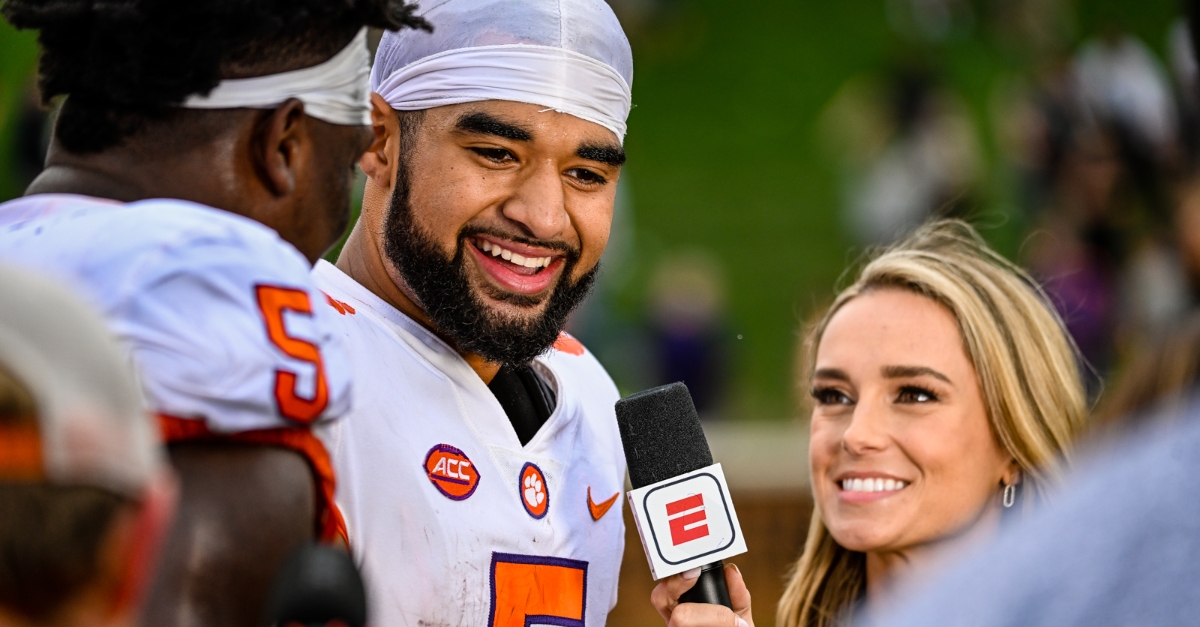 DJ Uiagalelei was honored by the ACC after his standout performance at Wake Forest earlier this season.

Soon-to-be Clemson graduate DJ Uiagalelei is in the NCAA transfer portal and evaluations vary on his place among the ever-growing field of prospects looking for a new home.

247Sports rates the former 5-star as high as anyone at No. 4 overall and the No. 2 QB in the portal currently.

“He saw game action in 10 games, starting two, during the 2020 season behind then-starter Trevor Lawrence and threw for 914 yards, five touchdowns and no interceptions,” said ESPN’s Tom VanHaaren. “He had an up-and-down season in 2021, throwing for 2,246 yards and nine touchdowns, completing 55% of his passes. He started the 2022 season on a similar note and was eventually pushed by true freshman Cade Klubnik, who replaced Uiagalelei in the ACC championship game win over North Carolina. Uiagalelei is leaving as a grad transfer and could end up going closer to home in California.”

“Wherever he ends up, I would actually be surprised if he doesn’t have a nice finish to his career…He’s got a chance to be a real difference maker,” McElroy said. “Now he's got to be more accurate with the football. He doesn't need to lock in on one specific receiver. He's got to be willing to get his eyes through his progressions a little bit faster with more urgency and the intermediate accuracy has to take a fairly significant step up.

"Because if those things don't change, you're going to continue to get the same results when it comes to evaluating his upside, but for all intents and purposes, man, he's got natural ability. Just got to get him in the right situation. Surround him with good pieces around him and you might find yourself one heck of a starting quarterback here in the next couple years."

Uiagalelei does have two seasons of eligibility left.

Clemson cornerback transfer Fred Davis is another top-100 ranked portal prospect at No. 96 for On3.