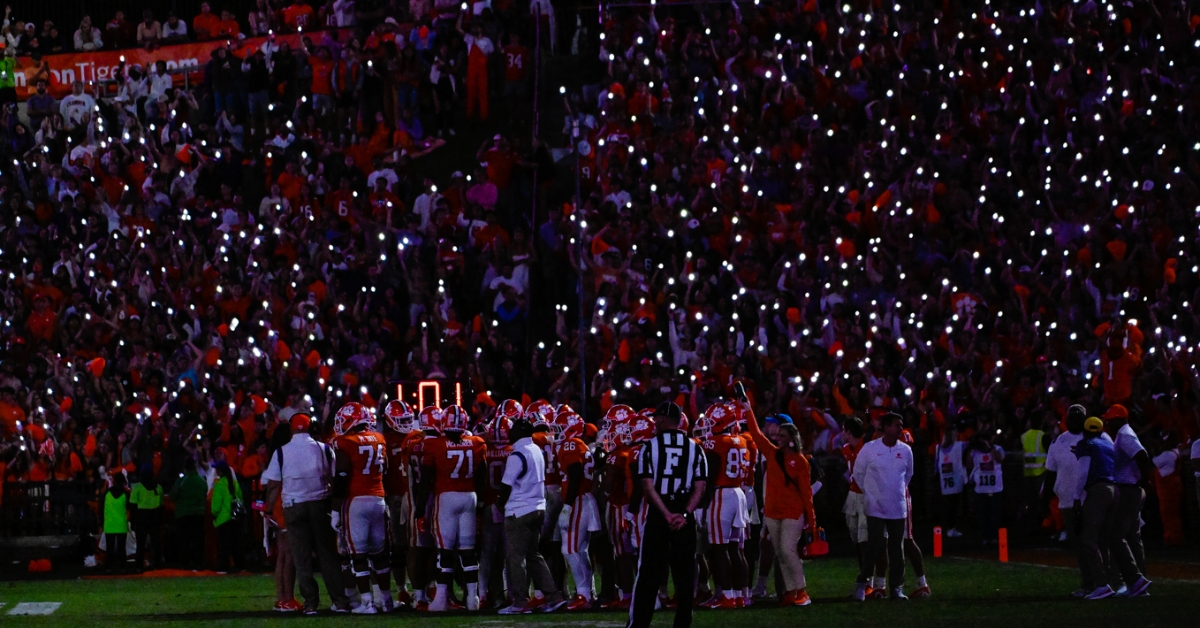 Clemson had an electric atmosphere on Oct. 1 in a top-10 win over NC State.

247Sports rated the top-10 best stadium environments of the 2022 college football season and Clemson was involved in two of them.

"Clemson's home crowd showed out during one of the Tigers' most important games of year the first Saturday in October, which happened to be a huge recruiting weekend for the Tigers as well," said 247Sports' Brad Crawford. "Memorial Stadium is always ranked annually in various environment and atmosphere polls and this one lived up to the hype prior to the Wolfpack's season flatlining after an injury to quarterback Devin Leary. The Tigers led by a touchdown in this game heading into the fourth quarter, which is when the crowd really turned up the volume and made things difficult on the NC State attack."

DJ Uiagalelei accounted for 282 yards and three touchdowns for the Tigers to improve 5-0 on the season.

One spot ahead of that win was Clemson's first defeat of the campaign, 35-14 at Notre Dame.

"Notre Dame bullied its way to a late-season win over Clemson, without question Marcus Freeman's signature win during his first campaign with the Fighting Irish," said Crawford. "Notre Dame Stadium came alive under the lights and helped propel the team to an unforgettable scene that led to a field-storming after a matchup that was never really competitive. Talk to anyone close to the Notre Dame program and they'll tell you the venue came alive at its highest levels for the first time in years."