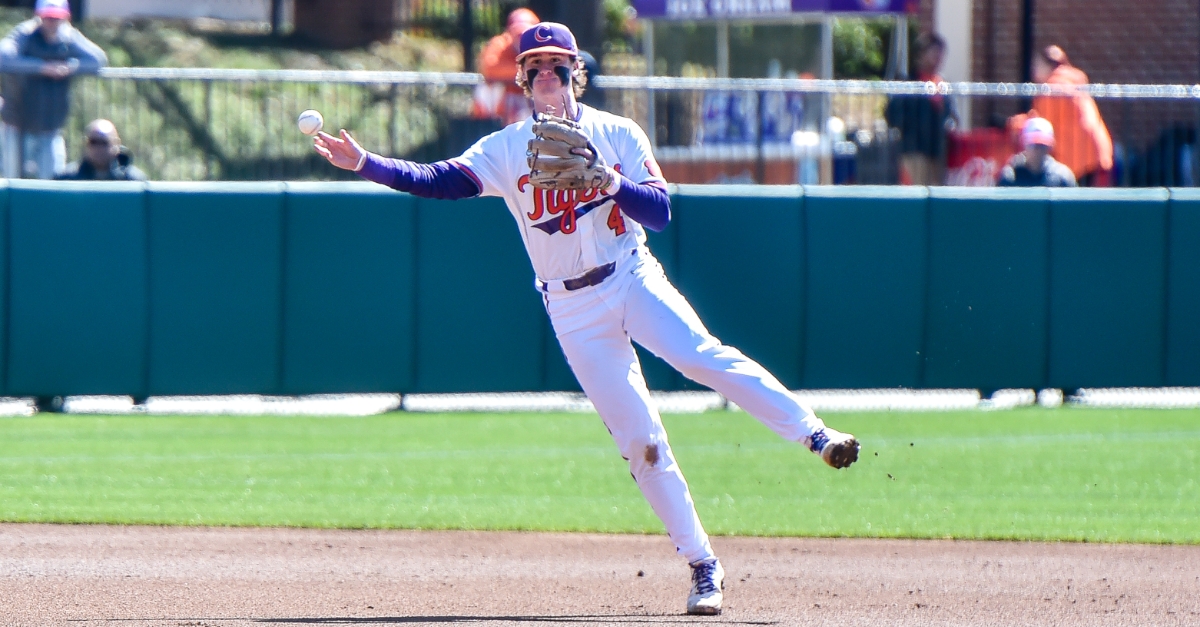 Clemson is on the radar of two prominent NCAA Tournament projections.

With seven regular-season games left, how close is Clemson baseball to an NCAA Tournament bid?

Baseball America has the Tigers (31-18) on its "Next Four Out" list for NCAA Tourney projections with two ACC teams ahead of them on the bubble-out and one conference team among the "Last Four In." D1Baseball.com has Clemson in its "First Four Out."

Monte Lee's team swept No. 21-ranked Georgia Tech last week and moved up as high as No. 18 in the RPI, a commonly-used NCAA seeding metric, but fell to No. 25 after a close loss at a neutral site to College of Charleston on Tuesday.

Another key factor to watch is Clemson trailing all of those teams in the ACC standings, with a 9-14 conference record, and holding the last qualifying spot for ACC Baseball Championship with six conference games left.

The ACC Baseball Championship will be held in Charlotte from May 24-29.

The Tigers also have a potential RPI-booster midweek game next Tuesday at Coastal Carolina (No. 42 RPI).

Clemson has not missed back-to-back NCAA Tournaments (in seasons with one being held) since a stretch from 1982-1986.