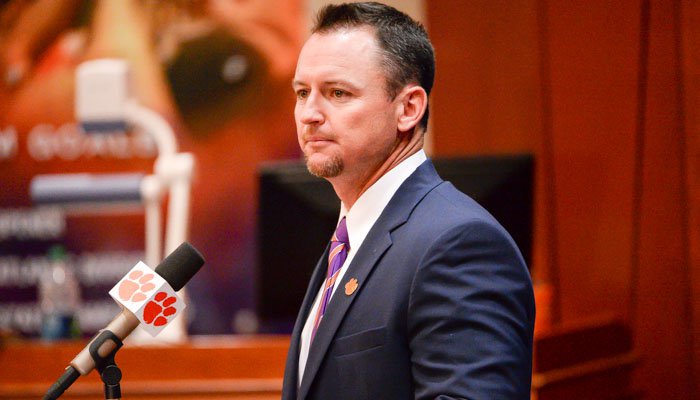 The next two nights Monte Lee will be back in Charleston, as his first Tiger team takes on The Citadel. For some reason Jack Leggett chose to not play The Citadel on the road, but I like the idea. Clemson game tonight will mark the first contest at The Citadel since 1990.

Clemson has played the Bulldogs in Charleston 41 times, but 29 of those games were played before 1967. Clemson renewed the rivalry by going to Charleston in the odd numbered years for 12 games between 1977 and 1990, but have not been back since.

The Clemson fan base in the low country will have this rare opportunity the next two nights to see their Tigers. In the last 105 years, Clemson has played at the College of Charleston just five times. The Tigers have played at Charleston Southern just three times.

Charleston has hosted the Clemson-South Carolina baseball rivalry twice. Clemson beat the Gamecocks in their first meeting in 1899 in Charleston and lost to the arch rival in 2012.

So Clemson has played in Charleston just nine times in the last 26 years.

USC and Clemson understand the importance of getting their programs to Charleston more often for two reasons. One is exposure to their fan bases and the other is recruiting.

Clemson needs a stronger presents in the low country. South Carolina has an advantage in that part of the state due to proximity, so Clemson needs to work harder to give its brand more exposure in the region.

Recruiting is very important in this part of the state as well. Clemson now has natural ties to the area due to Monte Lee's experience there as a player and coach. Lee knows so many people there and his ties can help the Tigers get in the door more in the future.

In their future, scheduling the out of conference portion of the baseball schedule could benefit from Lee's Charleston ties. More games with The Citadel, College of Charleston and Charleston Southern would be good for the program.

I don't want to lose the rivalry with Georgia, but I like taking the program to Greenville a couple of times a year like we have in recent years. I think a mid-week game at Winthrop would help get more exposure to the fans in York, Lancaster and Chester counties. Clemson could benefit by playing more often at Coastal Carolina and getting in front of its fans in the Pee Dee and Grandstand areas.

This year they already had scheduled a three-game series at Georgia Southern, but maybe in the future the Tigers could play more road games or neutral site games in the Palmetto State.

Now the Tiger fans need to come out the next two nights and make this trip a success to ensure more trips to the historic city.