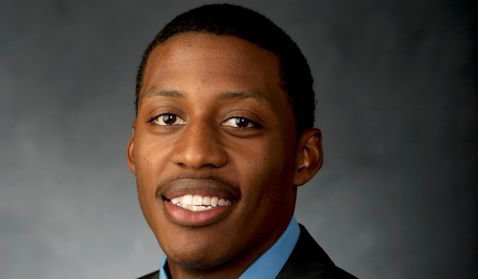 Saturday afternoon was another thing of beauty to Clemson fans when the Tigers beat Georgia Tech for the ninth consecutive time.  More specifically, Clemson's second half was a thing of beauty as the Tigers outscored Tech 40-26 in the second stanza.

Like most games, the Tigers were led in scoring by K.J. McDaniels

But this time he was joined by two teammates in double figures.  Demarcus Harrison had perhaps his finest game as a Tiger with 15 points. He was 5-7 from the field, including 3-4 from behind the 3-point arch.  Harrison now has back to back double digit scoring performances for only the second time this season. It's the first time he has gotten double figures back to back since the first two games of 2013-14.

Landry Nnoko
So. Center
#35 6-10, 245
Montverde, FL
View Full Profile had a very impressive game with 13 points on a 5-8 shooting performance.  The sophomore center added six rebounds and helped the Tigers to a 32-31 advantage on the boards.  Clemson won points in the paint, 34-20. The Tigers are 11-1 this season when winning the statistic.

Rod Hall
Jr. Guard
#4 6-1, 210
Augusta, GA
View Full Profile tallied six assists against no turnovers in 30 minutes of play Saturday. It was his first game without a turnover since the VMI game on Dec. 30.

Clemson broke open a tight game with a late flurry.  Actually, Clemson trailed by six at the half at 29-23.  Tech pushed the lead to nine early in the second half but Clemson outscored the Yellow Jackets 38-21 in the final 17 minutes.  The Tigers broke a 48-48 tie on a Harrison three-pointer and never looked back.  One thing different about this team is its free throw shooting.  Saturday Clemson finished by hitting its final eight free throws in the last 2:41 to close out the Jackets.

It was Clemson's fourth ACC road win this season, only the fifth time in 61 seasons in the conference the program has won at least four road games Clemson has a chance to tie a school record for conference road wins Tuesday night in Winston-Salem.

Clemson swept Georgia Tech for the fourth consecutive regular season. It was the 11th sweep for the Tigers over the Yellow Jackets, one shy of Clemson's record mark of 12 over Virginia.

Clemson has done a better job in transition in the last two games.  The Tigers had 14 fast break points compared to just two for the Yellow Jackets.

The Tigers are now tied for fifth in the league with Pittsburgh who lost to Florida State Sunday night.  Clemson travels to Wake Forest Tuesday night in another huge opportunity.  A win would place the Tigers at 9-6 with the final three games of the regular season at home versus Maryland, Miami and Pittsburgh.

Two straight impressive wins last week have put the Tigers in a position to play their way into the NCAA tournament.  Tied for fifth in the league with two weeks left in the regular season is very impressive for a team picked to finish 14th in the ACC>