I know Dabo has a lot going on, but maybe you can give him a shout and run this idea by him.  The fans are ticked, no doubt about it.  I understand this kid is 18.  I certainly made some mistakes when I was 18, and I can't imagine what was going through this kid's head, but the same could be said about me when I was 18.  I am just thankful that I didn't make a mistake that would cause me and my family to be tormented for the rest of our lives.  Because of this reason, I think Dabo could work it out so that this kid can apologize to the whole team behind closed doors.  I also think the kid should apologize to the team and do a little research and explain to the team the history behind Howard's Rock and why it is so special to Clemson Nation.  Furthermore, if the kid promises to give the pieces back and pay to restore the rock as best he can to its original form and explain this to the team and is remorseful for what he has done, this should conclude the matter.  This is a great way for Dabo to show good leadership, teach a lesson to the team that there are other ways to resolve issues, and teach forgiveness and life lessons.  The kid's real punishment is that he will forever be linked to this situation and he and his family will never live this down.  They will probably catch hell on a daily basis forever.

I like the idea. I wonder how much time he will spend on it but if he does address it then I like your plan. Being young does not excuse the action but we are taught to forgive and should at some point. Hopefully some positives will come out of it. I do think we have a chance to turn something into a positive here. Also I think this will eventually die down and become much less of a story.

I wanted to share my idea regarding the college football playoffs:

Keep the four team playoff as adopted by the college football gods...However, I would add two additional games the week after the conference championship games.

It is crazy that the reason conferences expanded to 12 teams was to get a championship game and now some don't want one. They went to the trouble to get a title game in their conferences. They talked about how unfair it was that some conferences had title games and others were missing out on the money. Now the feeling has changed. Now it is unfair to have to play in a title game. I found this crazy that the leaders of conferences can change their stances that quickly.

Well Mickey it's getting closer. Think high school next month an NFL hall of fame game. We're slowly inching our way. But i got a few ? About Clemson as of now. 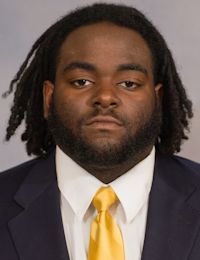 Tyrone Crowder
Fr. Offensive Guard
# 6-2, 315
Rockingham, NC
View Full Profile settle himself into a starting spot early being how nasty this man can be an this may be a way out ? But if he develops into what we think he can be will he be guarding clowny in Nov where Clowney lines up being how he could be the nastiest OL we could have?

All of the freshmen are on campus except Kyrien Priester. He still has to go through the clearinghouse and won't be in school until August.

I doubt Crowder plays a lot this year. I think he has to reshape his body before he plays. Crowder would have a hard time playing 80 plays at the pace Clemson runs its offense.

South Carolina uses Clowney inside on certain passing situations but I doubt Crowder will play a lot against USC.

Thanks for the kind words about Ryan.

I wanted to bring to your attention a email I sent to Coach Dabo and asked him to appeal to the university to start a 3-5 day media campaign to ask our fan base to not bring shame on Clemson by doing something stupid in reaction to the arrest of the young man for damage to Howard's Rock. I am afraid someone could do something really bad to this young man or his family.

Can you promote this idea was well on your site and radio show, and calling for the university to do so as well.

I will promote this. I think most Clemson people are upset but most are rational and would never harm anyone. Unfortunately I can't speak for everyone and you an I know that all it takes is one person to act. Hopefully Clemson will shine through this situation like it usually does.