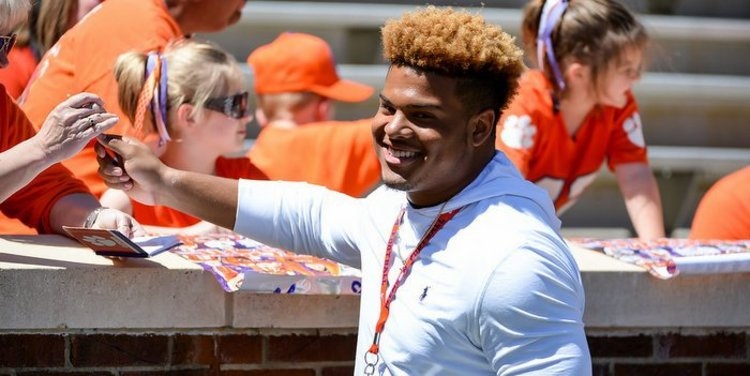 Clemson 5-star 2018 defensive end commit Xavier Thomas has been one of the lead recruiters in helping the Tigers secure a talented recruiting class for next season.

However, Internet rumors started this week that he was reopening his recruitment and thinking about South Carolina's program.

South Carolina was defeated by Kentucky for the fourth straight year on Saturday night which means that Gamecock seniors never tasted victory against the mediocre Wildcat teams.

Thomas tweeted the following jab at the Gamecocks right after the conclusion of the SEC contest.

TigerNet spoke with Thomas on Sunday about his unofficial visit to watch Clemson's 14-6 win over Auburn.

"It was special. Death Valley is a special place and those fans are really special," Thomas said. "There was a lot of energy in that stadium and they made an impact on the game. They had 11 sacks and the defense played great, and Auburn had just 38 rushing yards on 42 carries. Coach (Brent) Venables always comes up with a great scheme to stop the offense. That was pretty special."

Thomas even got a chance to see the hill up close and personal before the start of the game.