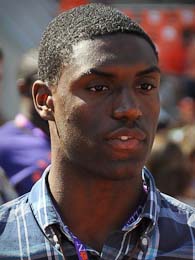 North informed Palmieri that he would be having surgery on Sunday. Palmieri said it’s a lingering issue with North’s shoulder and not something that happened in a recent game.

“This is something he’s had issues with,” Palmieri said. “He didn’t miss any games. It’s a lingering thing. We’ll be alright. Of course, this hurts a little bit. But we’re confident in what we’ve got.”