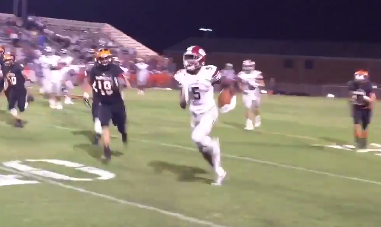 Clemson 2017 wide receiver commit Tee Higgins had three touchdowns including a 58-yard touchdown and a 21-yarder in the 45-8 blowout win for Oak Ridge against Lenoir City on Friday.

In 2015, Higgins had 46 receptions for 841 yards and 16 touchdowns and lead Oak Ridge to a 10-3 record and an appearance in the state playoffs. The 4-star playmaker was the first freshman to start at Oak Ridge since 2002 and had 23 catches for 387 yards and six touchdowns for the undefeated Wildcats in 2014.

Tee Higgins Sky's over the Panther defender to pick up the Wildcat first down pic.twitter.com/PFeTfKKmWe