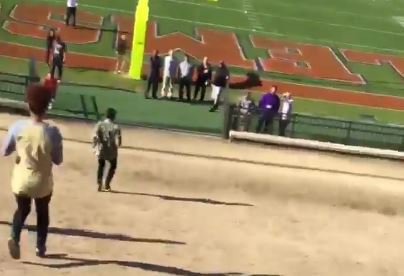 2017 Clemson offensive tackle commit Noah DeHond has been on his official visit to Clemson this weekend and he will be part of the first signing class after Clemson's 2016 National Championship.

DeHond posted a short clip of him rubbing Howard's Rock and falling while walking down the hill.

Luckily, he appears not to have gotten hurt as he was heard laughing at the end of the video.