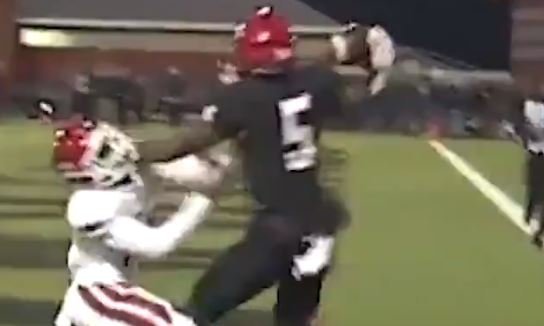 Ross is an elite WR recruit for the 2018 recruiting cycle

Ross received national attention with an impressive one-handed catch for a seven-yard touchdown that landed him on the prestigious SportsCenter Top 10 plays on Friday night.

Ross spoke with the Ledger-Enquirer about the catch in a postgame interview.

“I gave him a move to the inside and then went back out," Ross explained. "He had my whole left side, and I didn’t have nothing but my right arm,” Ross said. “If the ball is in the air and I have a chance, I’m going to make the play.”

Ross is scheduled to take his official visit to Clemson on Saturday.

What. A. Catch. #SCtop10 pic.twitter.com/kXz2AbMr9i