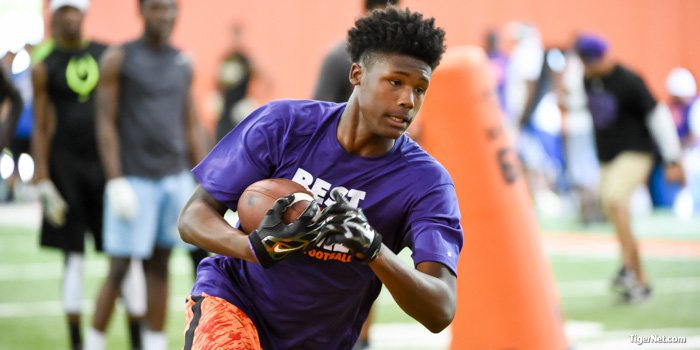 Clemson 2017 wide receiver commit Tee Higgins was one of ten players named on Tuesday for the All-USA Midseason Offensive Player of the Year for 2016.

This season, Higgins has 13 touchdowns receiving and also has two punt returns for touchdowns for his 7-0 Oak Ridge high school football team that is ranked #2 in Tennessee's class 5A.

The award for the top offensive player will be announced in December.