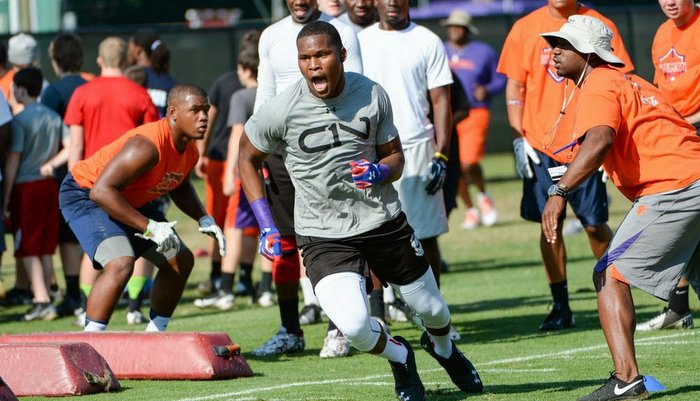 Smith might take a fifth official visit as Alabama and Kentucky are two schools in the running.

The 5-star linebacker recruit is solid to Clemson but wants to enjoy his college recruitment before the grind of being a college student.

"You know, right now where I’m at, I definitely plan to take my officials," Smith said to Hamilton. "But before I say that, I definitely can say that I’m solid with Clemson. I’m basically 99.9 percent with them, but the thing I’ve been hearing around is this thing is one time, so why not live it all out and get all you can out of it? Because when you get to college it starts over like freshman year of high school. I’m going to see all the things I can see."

ESPN's Gerry Hamilton asked if there was anything that could change his mind on his commitment to Clemson University.