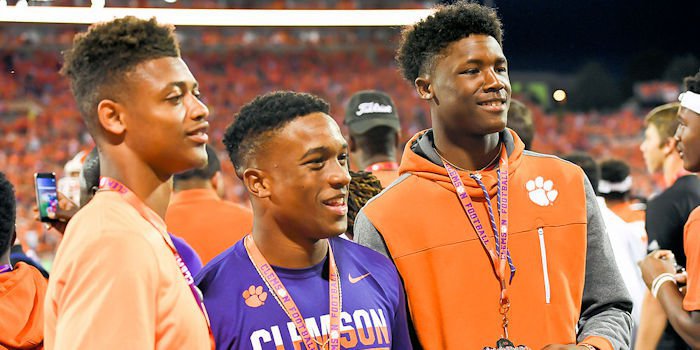 Chase Brice was 7-for-12 passing for 181 yards with three touchdowns passing and a rushing score in the 70-6 blowout win over Shiloh.

Hunter Johnson was 17-for-37 for 197 yards with two touchdowns and three interceptions in his team's 22-21 loss against Noblesville. It was the first loss of the season for Brownsburg.

Baylon Spector had 142 yards on 12 carries and two touchdowns in his team's 29-3 victory over Adairsville. One of the carries was a long 59-yard touchdown run. Calhoun has now defeated Adairsville 12 straight times.

Tee Higgins caught eight passes for 140 yards and two touchdowns in a 28-24 loss against McMinn County.

Amari Rodgers' high school team was off this week.