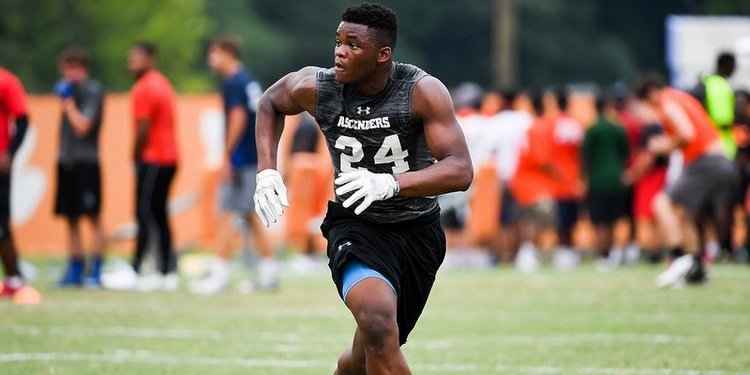 Jones was the first commit of the 2018 Clemson class.

The Nashville area native was the first commit of the 2018 Tigers' class, picking Clemson before heading to play his final two seasons of high school ball at IMG.

Brings to Clemson: Jones has all the makings to fit right into the Tiger defense, showcasing his skills as a solid playmaker in space and in coverage to a four-star rating. Stepping up in competition at IMG Academy, he tallied 10 tackles for loss, seven pass breakups and an interception over 15 games. Swinney said on Clemson's signing day show Wednesday that Jones had been at Clemson's football camp since the third grade.

Clemson quarterbacks coach Brandon Streeter said during the show that Jones was a key member of helping put the 2018 class together and he will be "special."

Depth chart fit: The strongside linebacker spot soon-to-be vacated by Dorian O'Daniel feels like a destination for Jones - it's just a question of how quickly the early-enrollee picks up the defense and gets in position to compete for a role by fall camp.