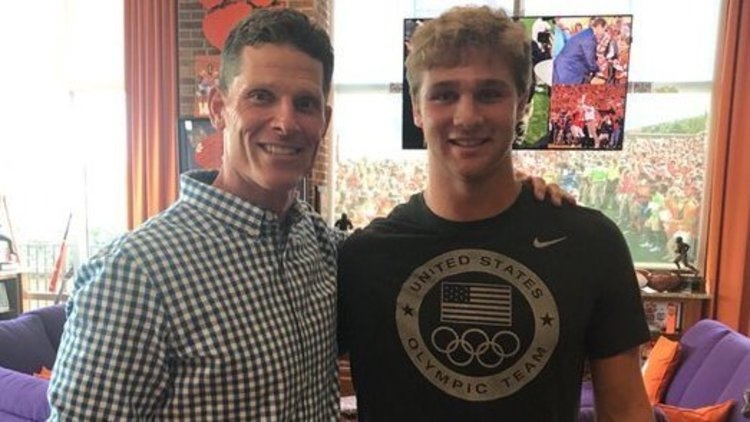 Ohio State’s loss in a commitment in August was Clemson’s gain not long after with one of the nation’s top-rated middle linebackers in Kane Patterson.

Brings to Clemson: Patterson showcased the ability to shoot the gaps in the line as a playmaker on both sides of the ball at Christ Presbyterian Academy (Tn.). Patterson led a 14-0 state title team as a disruptive force in the backfield - big hits dislodging the ball and creating turnovers. Patterson took home championship MVP honors with 110 rushing yards and two scores and another seven stops (one for loss). Patterson said in the recruiting process that Clemson’s aggressiveness on defense suits his style of play and he’s eager to get in the mix.

Depth chart fit: Linebacker was a position of need that was filled in this class with a trio graduating off the depth chart and another possible NFL departure in Tre Lamar. Patterson is one in a group of five signees who is in a strong position to fight for early playing time, where middle linebacker could be particularly a spot to plug in.

Brent Venables analysis: "Another leader, captain, just checks every box. Academics. Service to the community and his school. On an undefeated championship team. Three of the five (linebacker signees) were state champions and all captains...These guys are winners. They're ultra-focused and serious. They love ball. They love the grind. Excellente students and all low-maintenance guys...These guys will find a way at the end of the day to make us better."

Number to know: 18.5 - Patterson’s TFL-count over the last two seasons.