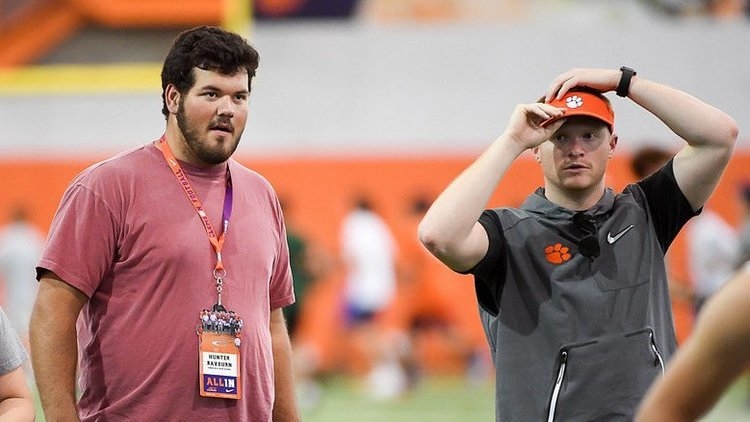 Pensacola, Florida’s Hunter Rayburn is the first offensive lineman on the board for the Tigers' 2019 signing class.

Brings to Clemson: Rayburn earn All-Area honors after a switch in schools and position - moving from tackle to center, where he says Clemson is targeting him at the next level. Former high school Rhett Summerford evaluated Rayburn’s best qualities in a recent interview: “He’s big, tall and versatile and also a great person with great character. That’s probably the most important thing about him.”

Depth chart fit: Versatility could be the asset to Rayburn contributing at least from a redshirt role next season, where he can probably plug in at guard, center or tackle. With center his long-term position, All-ACC honoree Justin Falcinelli is graduating and the next-man-up in Gage Cervenka will be a senior next season, so Rayburn might not be that far removed from a key role.