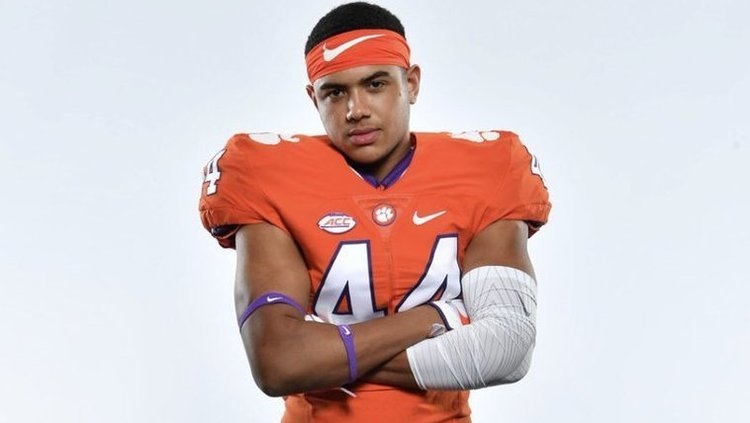 Clemson went into LSU’s backyard to sign one of the nation’s top defenders in University Lab (La.)’s Bryton Constantin.

"Clemson was the best fit for me," Constantin said of his decision on CBS Sports Network Wednesday. "All the coaches, all the players - I had a connection with them unlike any other school. Also wanted to get away from home and they made me feel like I was at home with the connections."

Brings to Clemson: Constantin was a vocal leader on back-to-back championship teams for University Lab (La.). His moves in the lead-up to his senior campaign vaulted him up the national overall and positional rankings - going from a 3-star prospect across the board to ranked as high as the No. 94 overall prospect (Rivals) and a top-5 OLB (ESPN and Rivals). Constantin picked up LB MVP honors at the Rivals 5-Star Challenge in Atlanta this summer and also competed in ‘The Opening’ finals in Frisco, Texas. He is a big hitter - physical and quick to the ball, showing everything you want in an elite linebacker prospect.

Depth chart fit: Clemson redshirted its two linebacker signees last year in Jake Venables and Mike Jones Jr., but Constantin is one of the more prominent 2019 LB signees in the mix for early, significant playing time with upwards of four Tigers departing off the depth chart this season. With Kendall Joseph graduating, weakside linebacker looks like a fit for Constantin.

Brent Venables analysis: "Bryton is a guy we identified a year ago in January. He is an instinctual, athletic linebacker who plays with a lot of passion and a lot of energy. He's got good length to him. Still got to add some strength and some size to him. He's a worker. He's also a starter on a really, really good basketball team. He's a guy who loves to compete and a great leader. He's that guy who is going to be a really loud. He just has so much enthusiasm and loves to compete."