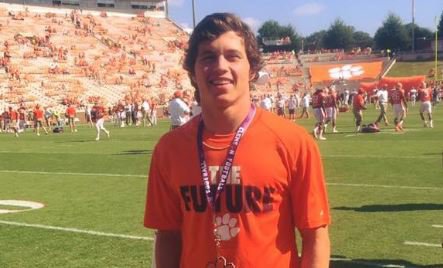 2017 wide receiver Will Brown from Spartanburg, SC (Boiling Springs HS) has officially signed with Clemson as a preferred walk-on during his school's signing ceremony on Wednesday morning.

"Extremely excited to say that I have officially received a preferred walk-on spot to play football at Clemson University and will be a Tiger," Brown tweeted back on Dec. 22. "Very humbled and blessed by the Lord to have received this opportunity. Go Tigers."

Congrats to @KingWilliam_ and his signing today to play football for Clemson. Newest Tiger! pic.twitter.com/aokQdylhnW

#BoilingSprings Wide Receiver Will Brown headed to #Clemson as a preferred walk on. @foxcarolinanews pic.twitter.com/rCIhQgYjk8