According to an interview with the Shelby Star, SG Gabe DeVoe 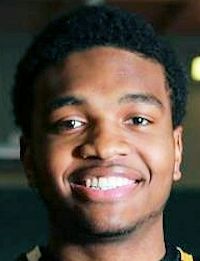 Devoe decided Tuesday night that Clemson was the right college for him.

“The recruiting process gets a little aggravating,” DeVoe said. “So I decided I was going to get it out of the way. Now I won’t have to worry about anything, you can just go enjoy your senior year.”

According to recruiting sources, DeVoe had offers from quite a few NCAA Division I programs. Among those were Marshall, Richmond, Tennessee Tech, Charlotte and Xavier, plus he was reportedly on the radar for Tennessee, Virginia Tech and Butler as well.

DeVoe will be joining the Tigers of Brad Brownell, who recently completed his third year at the helm of the Clemson program.

“They’ve got a pretty young team, last year I got to see them play a lot and they lost a lot of close games,” he said. “The coaching staff is really fun to be around, I like the direction they’re taking it.