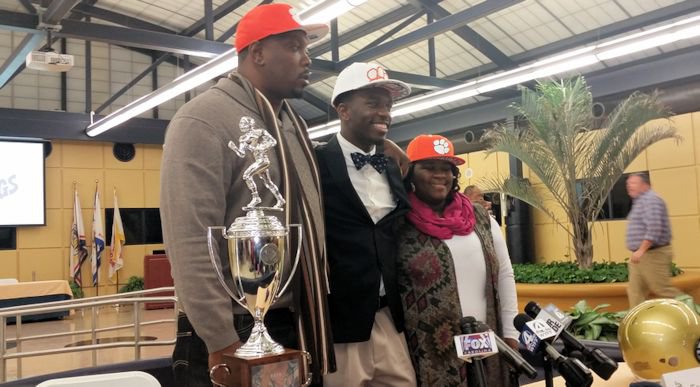 Tavien Feaster with his mom and dad

View Full Profile and his father visited Tennessee over the weekend.

Social-media and websites from both schools went wild with speculation that the 5-star commit would flip to Tennessee. However, it appears it was much ado about nothing.

"He's earned every scholarship offer and very thankful for it and he's not the only athlete that's taken a visit to be sure of himself and he won't be the last. If me and his mom didn't love Clemson as well, I am pretty sure he wouldn't have made an early decision," said Feaster's father.