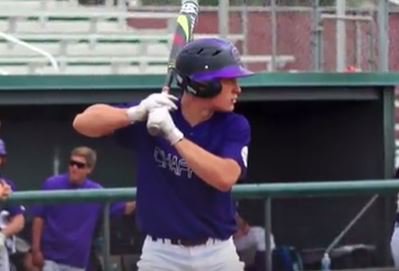 The Seattle, Washington product recently displayed his skills in the Perfect Game 15U World Series in Cartersville, Georgia.

"The infielder showed good athleticism and actions as well as intriguing hitting tools to make for a nice overall package of a prospect," Perfect Game noted on day two of the tournament. "The 6-foot, 180-pound Washington native showed quality actions out at shortstop with smoothness to his hands and the ability to range to both sides well. He made a couple of twitchy plays that highlighted his athleticism and warrants more looks at the position.

"Offensively, he had a quality day racking up multiple hits and showing a short, quick bat path. The swing was highlighted by his quick hands which were direct to the ball and although there were times he would lose plane he showed the ability to make adjustments and make hard contact."