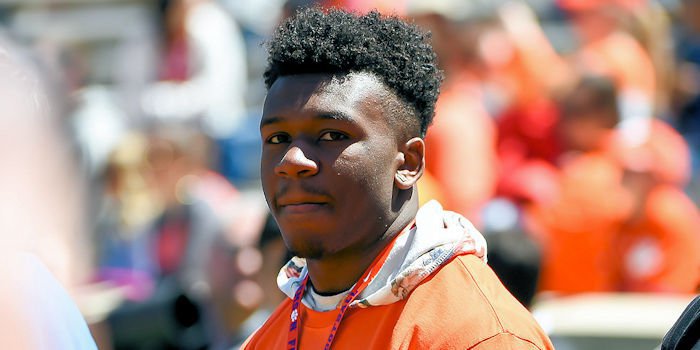 Singleton during an unofficial visit to Clemson
Drew Singleton - Outside Linebacker
TigerNet:

4-star 2017 linebacker Drew Singleton from Paramus, New Jersey (Paramus Catholic HS) has Clemson in his top 12 schools according to his Twitter account.

"I want to thank all the Universities who have gave me the honor of having a scholarship to their programs," Singleton tweeted. "Also I want to thank God and my family as well as my coaches for making all of this possible. It is time to start making steps to a decision."

Singleton is a consensus 4-star recruit by all the major recruiting services.