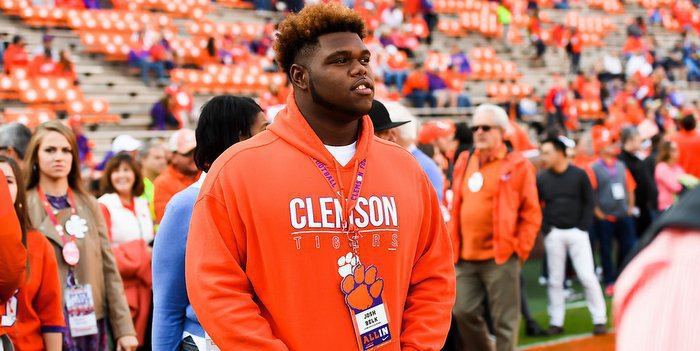 Financial aid agreements are non-binding, but the school that receives such an agreement is allowed unlimited contact with the prospect. Also, the schools are allowed to talk about and promote these prospects as if they were already on campus.

The Tigers offered in June of 2015 while Belk was attending the 2015 Dabo Swinney Football camp. Belk eventually received offers from Auburn, Florida, Florida St. Louisville, Miami, LSU, NC State, UNC, Ohio St., South Carolina, and others. The Gamecocks were the first to offer him.

ESPN lists Belk as No. 84 overall in the ESPN300 rankings, and he is a consensus 4-star recruit by all the major recruiting services.

Financial aid agreement is in for Josh Belk from Lewisville High School. Welcome to the #ClemsonFamily! pic.twitter.com/ZcOXa5i5sq