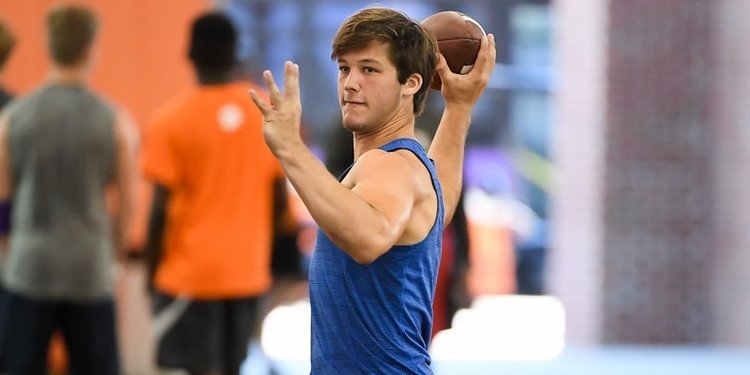 Another Venables will be in Orange and White with the addition of safety Tyler Venables.

Brings to Clemson: Venables, a S.C. Mr. Football finalist, was a standout two-way player at Daniel High School (S.C.) and left with school records for touchdowns and career and single-season passing yards as a quarterback. His defensive video clips are outnumbered by QB highlights but they show a player quick to diagnose plays and be disruptive. Venables joins his dad, defensive coordinator Brent Venables, and brother, linebacker Jake Venables, on the Tigers defense.

Depth chart fit: The safety position is featuring some overhaul with two starters (Tanner Muse and K’Von Wallace) and a backup (Denzel Johnson) moving on, so snaps will be there in a likely redshirt season for Venables -- if he doesn’t hold down a special teams starting role. He will get to work early as a January enrollee.