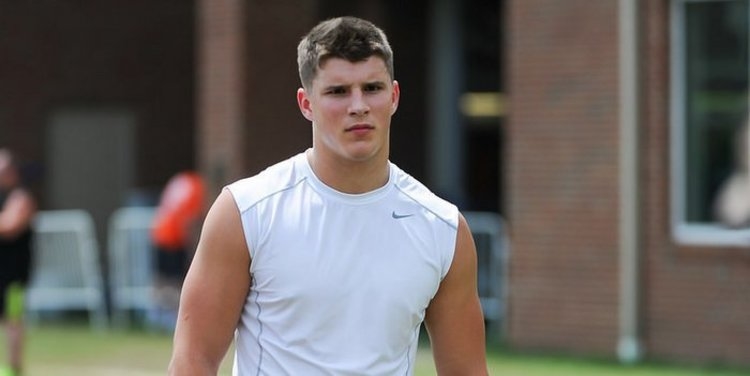 Rudolph has picked up a Clemson offer

Rudolph is a 4-star prospect according to 247 Sports. Most teams are recruiting him as a defensive end and a few as tight end, however, Clemson offered him as a linebacker. The 6-4, 230-pounder currently holds 38 offers including USC, Tennessee, South Carolina, Michigan, Florida State, Baylor, Auburn, and Alabama. Rudolph is the younger brother of Oklahoma State quarterback Mason Rudolph.