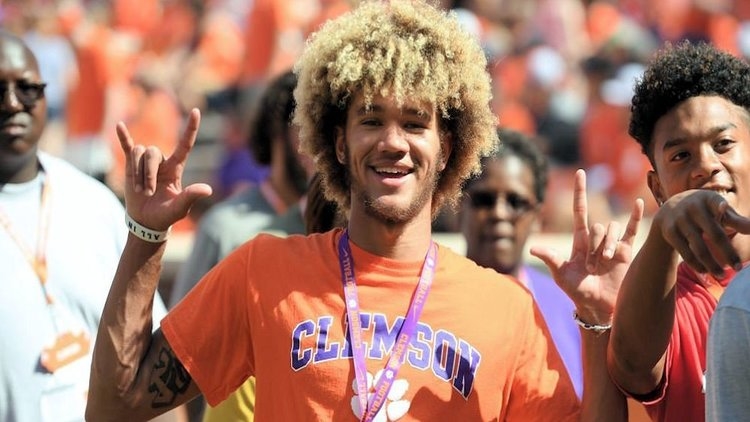 Worsham during Clemson's win over BC last season

Clemson has offered 2020 4-star receiver Dazalin Worsham from Trussville, AL (Hewitt-Trussville HS) on Friday according to his Twitter account.

TigerNet spoke with Worsham for a few moments on Friday and he said that Clemson head coach Dabo Swinney and defensive line coach Todd Bates told him about the offer over the phone.

In 2017, he was named a MaxPreps Sophomore All-American after collecting 70 receptions for 865 yards and nine touchdowns.

He took an unofficial visit to Clemson's 34-7 win against Boston College last season and attended the 2017 Dabo Swinney Football camp.