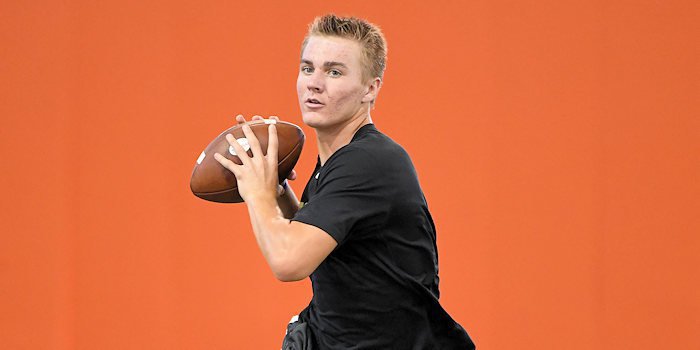 Nix was impressive at the 2016 Dabo Swinney Football camp

Clemson has offered 2019 dual-threat quarterback Bo Nix from Pinson, Alabama (Pinson Valley) on Monday according to his Twitter account.

"Blessed to receive an offer from Clemson University!," Nix tweeted on Monday.

He won the quarterback MVP award recently at Atlanta’s The Opening regional camp.

Blessed to receive an offer from Clemson University!?? pic.twitter.com/m4Rdg9W3WP