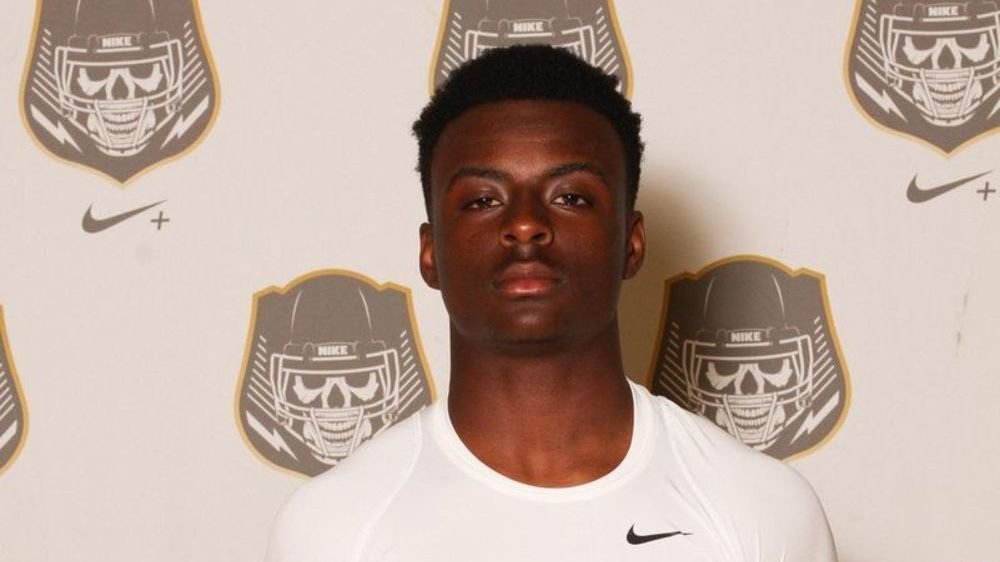 Brown was an honorable mention to the DC All-Met team in a state championship run. (Student Sports photo)

Clemson continued its pursuit to restock its ‘No Fly Zone’ by offering Under Armour All-American and Virginia commit D.J. Brown.

The Crownsville, Maryland product will compete in tonight’s UA game at 6 p.m. on ESPN2.

A Cavaliers commit since last July, one of the 6-foot-1 cornerback prospect’s bigger offers up to now came in late November from Notre Dame. Going into the week, Brown had visits lined up for Cal (Jan. 12) and Duke (Jan. 19). Brown also picked up an offer from South Carolina on Wednesday.

Described by analysts as hard-hitting with good length and technique, Brown played on a St. John’s team that was among the nation’s best, dominating the bulk of its schedule for a state title.

I had the opportunity to coach against this young man. After watching a bunch of film on him and competing against him, he is the best corner I’ve seen since I began coaching high school football. Heckuva player we had to gameplan for. Congrats, DJ. Much respect. https://t.co/4jeDrLDjOL