TigerNet spoke with Mond on Sunday afternoon and he was very excited about the offer. "It was a great feeling. The Clemson people and coaches are amazing," said Mond.

He also got to throw to and hang out with several of the Clemson wide receiver campers. "Campus is mostly under construction but I know it's going to look great. & the camp was great. I got to meet some great receivers. Cornell Powell is committed. Diondre Overton is going to commit. Both are 2016 & James Robinson who is 2017 and he's amazing."

He did not want to reveal a top group of schools but knows that Clemson will be up there. "Definitely Clemson is high. After meeting the coaches they will always be very high."

We watched Mond at the 2015 Dabo Swinney Football camp and came away very impressed with the zip on his passes and touch on his deep throws. He can really sling it.

In 2014, he completed 139 out of 232 passes for 1745 yards and 20 touchdowns and only four interceptions. He also had 1142 yards rushing and 14 touchdowns. His team finished the season 12-2 and were the district champions and made the state quarterfinals.

His future visit plans are to Texas Tech this summer and a Prime21 camp in Dallas. 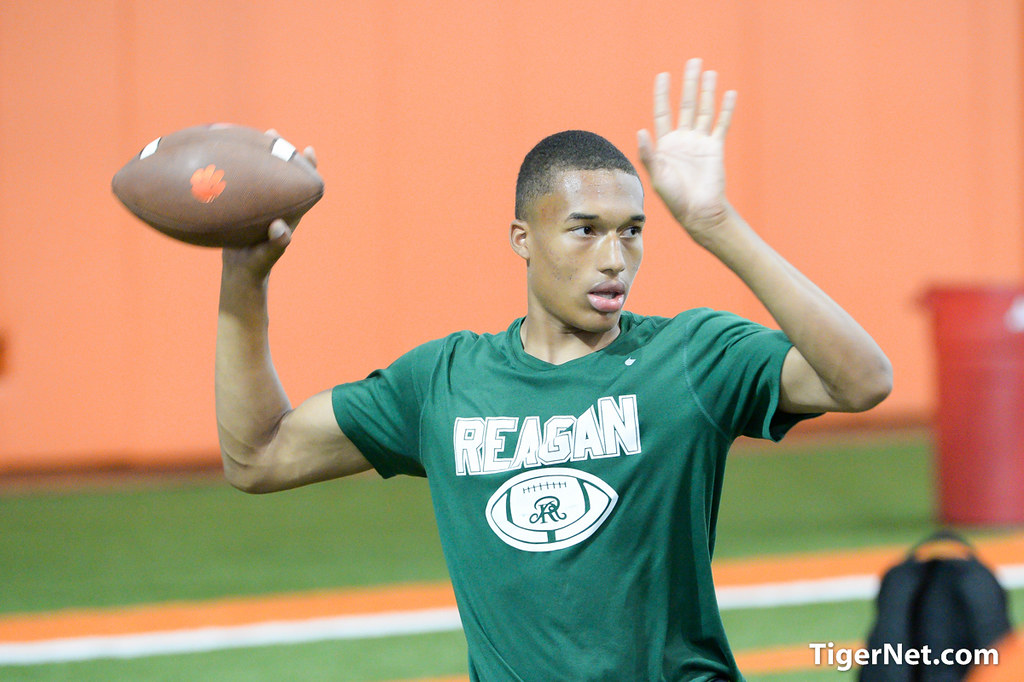