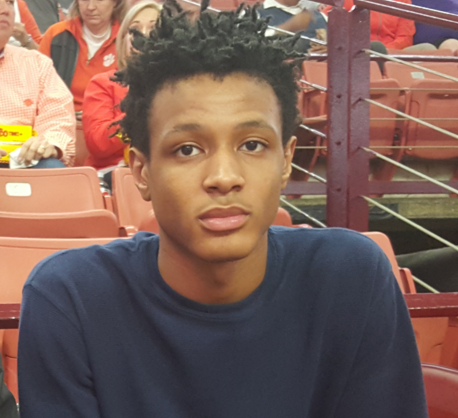 Clemson has offered 2018 Sharone "June" Wright Jr. from Florence (West Florence HS) on Tuesday according to his Twitter account.

He is the son of former Clemson great Sharone Wright who was the 6th overall pick in the 1994 NBA Draft.

Wright Jr. was in attendance at the Clemson-Virgina game last night at the Bon Secours Center.

His future is very bright as he projects to grow a few more inches (6'8" or more) and still be able to perform at the guard position. His father was 6'11" at Clemson and his mother is 6'2".

He has offers from California, Clemson, Duquesne and Georgia with many schools evaluating him for possible offers during the summer.

Blessed to have received an offer from Clemson university . ??go tigers ! pic.twitter.com/4GHlL6T6yP

Here are highlights of former Tiger Sharone Wright's first year in the NBA.