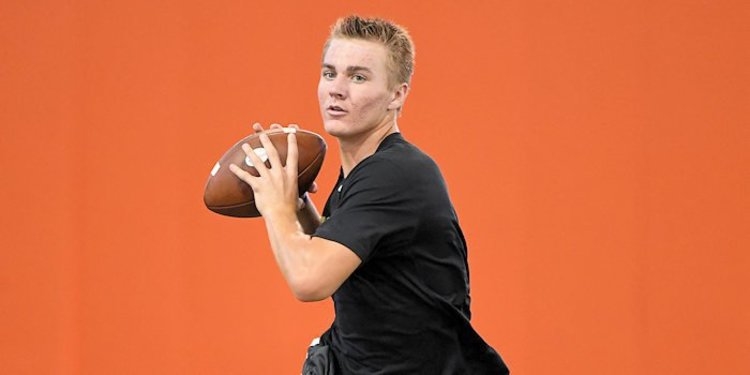 One of the nation's top-rated quarterbacks for the 2019 class cut his top schools list from eight to three, with Clemson making that top group.

Rated as high as the No. 1 QB nationally, Pinson Valley (Ala.)'s Bo Nix announced a top-three of Clemson, Auburn and Ohio State on Twitter Monday night.

In his junior season, Nix threw for nearly 4,500 yards (4,446) with 56 touchdown passes to seven interceptions.

He is the son of former Auburn quarterback Patrick Nix, who coaches Pinson Valley.