Clemson has landed 2016 prospect Carter Kieboom from Marietta, GA on Tuesday according to his twitter account. He chose the Tigers over Georgia, Georgia Tech, Florida State, Florida and North Carolina.

Kieboom is 6-2, 175 lbs and can play third base, shortstop and pitcher and is rated as a 2014 Underclass Honorable Mention according to Perfectgame.org.

Clemson fans should know the name because he is the younger brother of former Clemson catcher Spencer Kieboom.

Kieboom is the sixth Clemson commitment for the 2016 class. 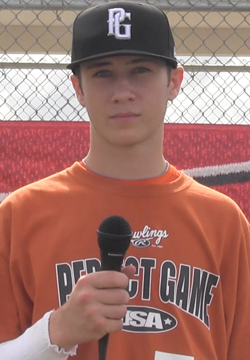