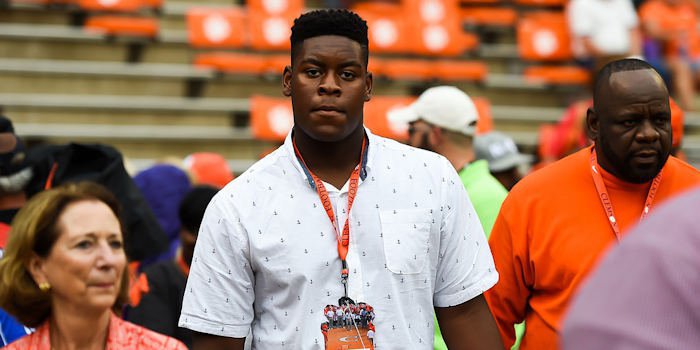 5-star offensive tackle Trey Smith from Jackson, Tennessee (University School of Jackson) has released his top group of schools on Sunday afternoon and Clemson made the list.

"Clemson made the list because Coach Swinney down there is doing great things with the Tigers," Smith said on an ESPN video. "Obviously, they made the college football playoff championship. They have a certain swagger with them and I really like it down there. A couple of players from Tennessee [Amari Rodgers and Hunter Johnson] are going down there and they seem to be on the rise."

Smith visited Clemson on 11/7/15 and the 5-star prospect plans to major in sports management or marketing. He plans to make his decision in December after taking all five of his official visits.