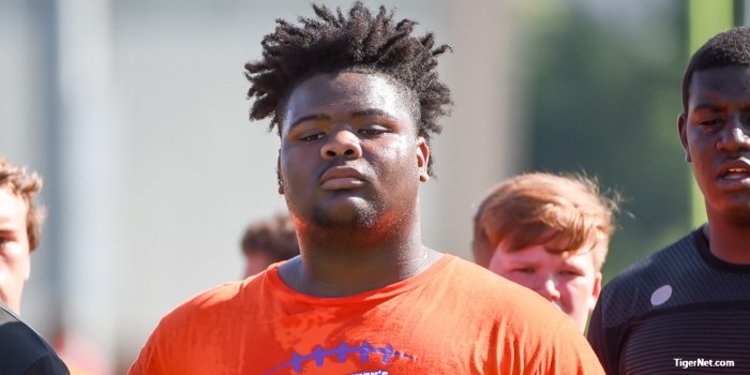 5-star 2019 defensive tackle Ishmael Sopsher from Amite, LA (Amite HS) announced his top schools on Friday night and Clemson made the cut according to his Twitter account.

His top schools in no order were Florida, LSU, Ole Miss, Auburn, Texas, Clemson, Michigan, Georgia, Mississippi State, Florida State, Tennessee, and Penn State. He took out Miami and Memphis in his top group while adding Texas and Michigan in this iteration of his favorite schools.

Sopsher was in attendance at the 2017 Dabo Swinney Football camp and was impressive during drills.

In 2016, he was named a sophomore All-American. In 2015 as a freshman playing varsity, he was a first-team 3A All-State defensive end.

He has already committed to play in the 2019 Under Armour All-American game.