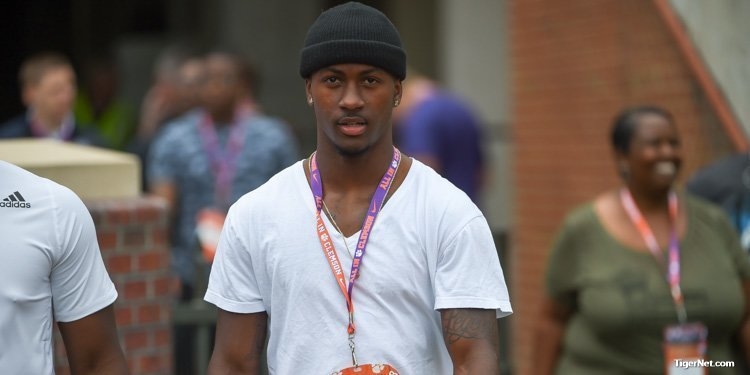 ESPN unveiled its latest top-300 ranking for 2019 on Wednesday, with several Clemson commits and targets moving up.

Four-star cornerback commit Sheridan Jones made among the biggest moves, up five spots to No. 69 overall and the No. 7-rated cornerback. Fellow DB commit Andrew Booth leads the Tigers in the ESPN rankings at No. 30 overall (No. 3 overall). Also in the top-150 are four-star receiver Frank Ladson (No. 5 WR; No. 3 prospect in Florida) and running back Chez Mellusi (No. 7 RB).

Georgia DE commit Nolan Smith and Florida State CB commit Akeem Dent, who have both maintained Clemson interest, check in at No. 2 and No. 76 respectively. Other uncommitted targets of interest include ATH Quavaris Crouch (41) and OT Trevor Keegan (168), who both have Clemson visits lined up reportedly.