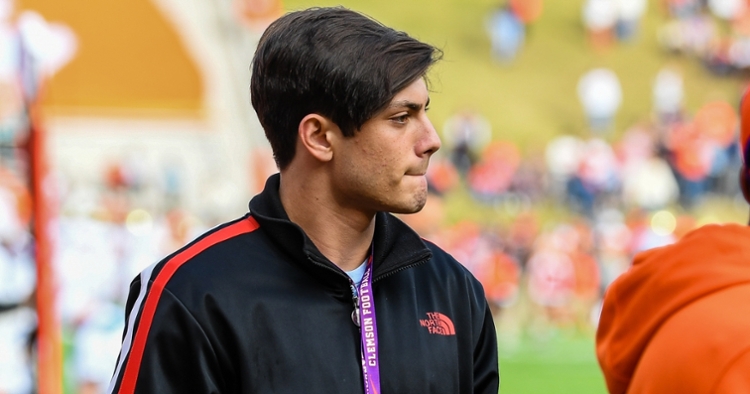 Four-star Fort Lauderdale wide receiver Troy Stellato will pick between the Clemson Tigers and Ohio State Buckeyes for his commitment on Friday.

Stellato announced on Twitter that he will make a noon announcement between the two college football powerhouses.

He recently talked to TigerNet about what he sees in both schools.

“At Ohio State, it's about the relationships, too. Me and Coach Hartline are really, really close,” Stellato said. “I love him and I love the offense. I also fell in love with the school and the coaching at the receiver position is really good and I love Coach Hartline and what he stands for and what he preaches. He makes a lot of receivers that come in better, He is probably one of the best coaches X's and O's wise that I have ever talked to. We have a lot in common.”

He has a 100 percent projection to Clemson according to 247Sports.