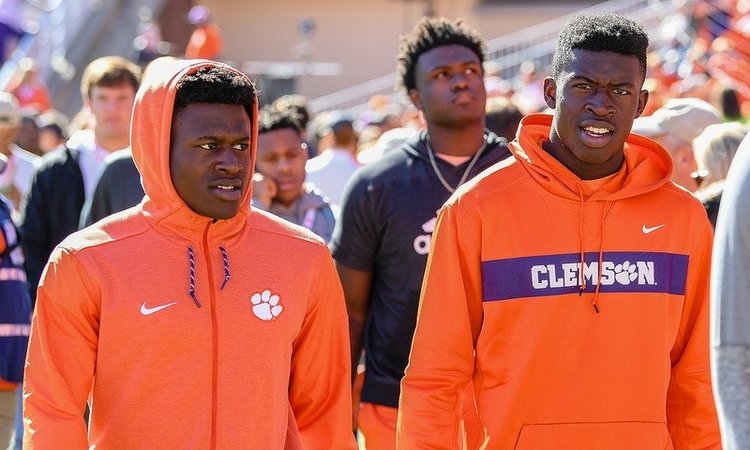 Joe Ngata, right, and his brother and 2020 prospect Daniyel Ngata, left, visited for the Louisville game.

Clemson 2019 receiver commit Joe Ngata is having an outstanding senior campaign and will play for a championship on Saturday.

Ngata said at the ceremony that Clemson's pro-talent production has caught his eye.

“Obviously, the track record with like Deandre (Hopkins), Mike Williams, all those other receivers that made it to the NFL, that’s a common goal for me as well,” Ngata told USA TODAY Sports.

Ngata talked about his mindset on the football field in getting there.

“I’m very determined and very aggressive," Ngata said, who is set to enroll in January. “Aggressive in both terms: I like just want to score, and aggressive as in I use my physical abilities to do what I want.”

Ngata visited for the Louisville and he's ready to play in the offense alongside Trevor Lawrence.

"I've watched every single game, I watched him in the spring, and then now and I'm excited to play with him," Ngata told 247Sports.