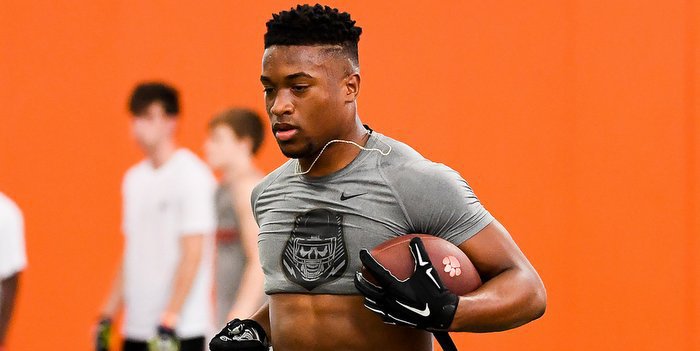 Amari Rodgers is a top wide receiver for the 2017 class

Clemson 2017 wide receiver commit Amari Rodgers spoke with ESPN's Erik McKinney recently and said that he will take his official visit to Clemson on Jan. 13 and then he is open to taking an official visit to Southern California to hang out with his father and USC offensive coordinator Tee Martin.

"I may go to Southern Cal after that, but I have to talk with my family and talk with my dad," Rodgers said. "He wants me to come out there one more time on an official visit. I might do that just to see what's up out there."

Rodgers has been a vital member of Clemson's 2017 recruiting class as he has helped recruit several highly ranked players to TigerTown.

He recently had a large Tiger Tattoo on his chest to show his pride for Clemson.